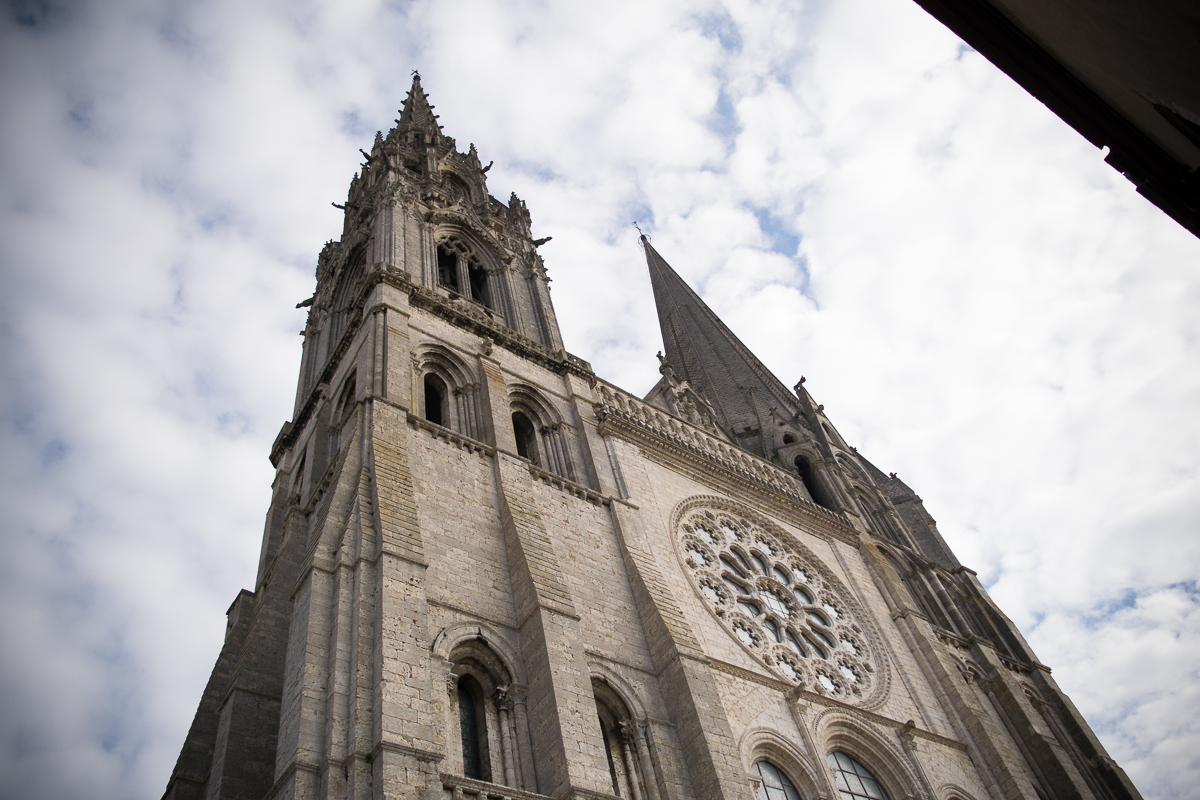 I’ve already posted about the Maison Picassiette in the town of Chartres. It was incredible, but there are certainly more reasons to pay a visit to this little French town.

Of course, the first thing on your list should probably be the cathedral. 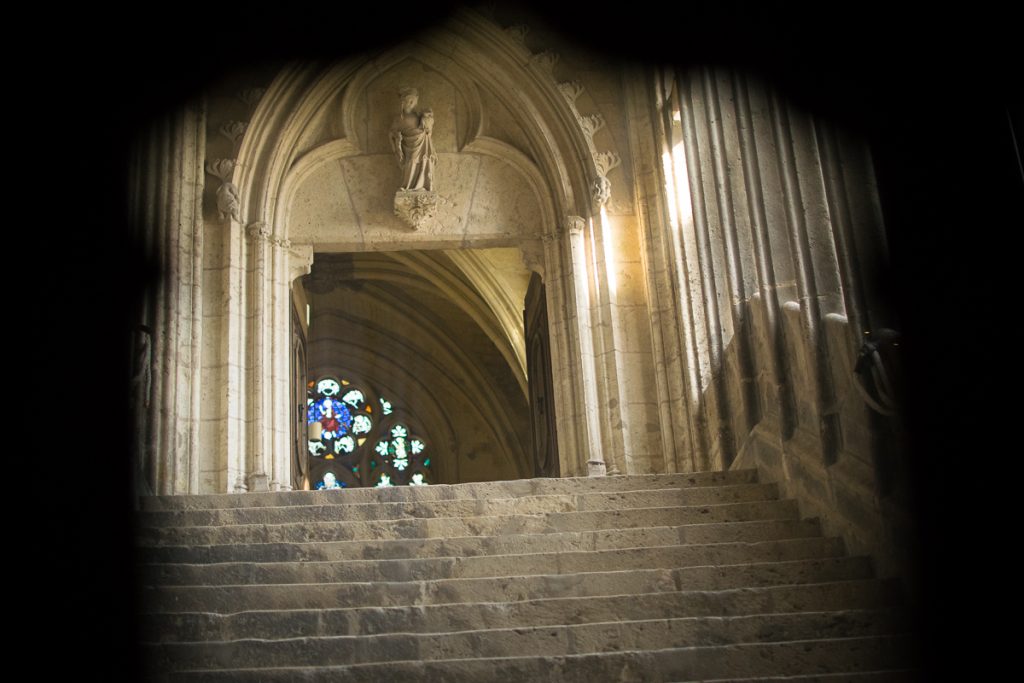 Chartres cathedral is one of the finest examples of gothic architecture in France, and one of the most famous. It’s from the 12th and 13th centuries, and amazingly, most of the original architecture and sculptures are still functional and intact. Part of the reason it is so stunning is because of the consistency in the architecture. It’s pretty common to see medieval churches that are built with a combination of architectural styles (romanesque and gothic, gothic and flamboyant gothic, etc.). This cathedral was built so quickly, though, that the architectural styles didn’t change much from beginning to end.

It has been, and still is, a pilgrimage site for believers. They come to see the cathedral’s relic, a tunic said to have been worn by the virgin Mary at the time of Christ’s birth.

It is also one of the few cathedrals with a labyrinth in stone on the floor. Pilgrims will follow the maze, often on their knees. The labyrinth is usually covered by the chairs that are set up for mass, but during Lent, they will remove the chairs so that the pilgrims can walk around it.

When the cathedral was built in the Middle Ages, it was essentially the center of the town. Merchants and artisans would gather there because they knew it was the best place to find business. Everybody went there, so it was kind of the place to be.

I took a tour of the crypt for 2 euros. It was in French, but they had pamphlets with the information written in other languages. In summer, you have to go out around the side of the cathedral to buy tickets and start the tour, but in winter you do all of that in the little bookshop inside.

There wasn’t a lot to see down there, but the tour guide gave us a lot of information about the history of the cathedral. He showed us a well, which according to legend, was where the bodies of several martyrs were thrown. He also showed us a beautiful medieval fresco, and a couple of the original statues from the façade of the cathedral. Almost all the statues on the façade are originals, but the few that needed to be replaced are kept in the crypt.

After visiting the cathedral, I walked through the town on my way to visit the Maison Picassiette. There is a small river that runs through it, and the bridges are quaint and pretty.

The shopping district downtown is pretty large, with plenty of modern stores, but not quite as many small boutiques. There was some sort of police/fireman kids festival going on, so it was pretty crowded.

Up on a hill just outside of the town proper is the St. Chéron cemetery. Because it’s on a hill, it’s one of the best places from which to get a panoramic view of the city. The view of Chartres Cathedral from there is incredible.

The cemetery itself is pretty peaceful. It’s also a shortcut from town to the Maison Picassiette, so I definitely recommend walking through it. I met a cat:

On the way back, I walked along the river through another park, the Parc des Bords de l’Eure. There were lots of families, which made sense because it seemed like the perfect place to take kids. There was a playground, a bike trail that ran through it, and even animals. They had goats, pigs and chickens for the kids to look at and pet.

All in all, Chartres was a lovely place to spend the day. It’s super easy to get to by train from Paris, too. You can buy tickets in advance or even the day of, at any of the train stations or SNCF boutiques. Mine cost me about $15, and it was an open ticket, so even though I had reserved trains at specific times, I was allowed to take the train whenever I wanted. 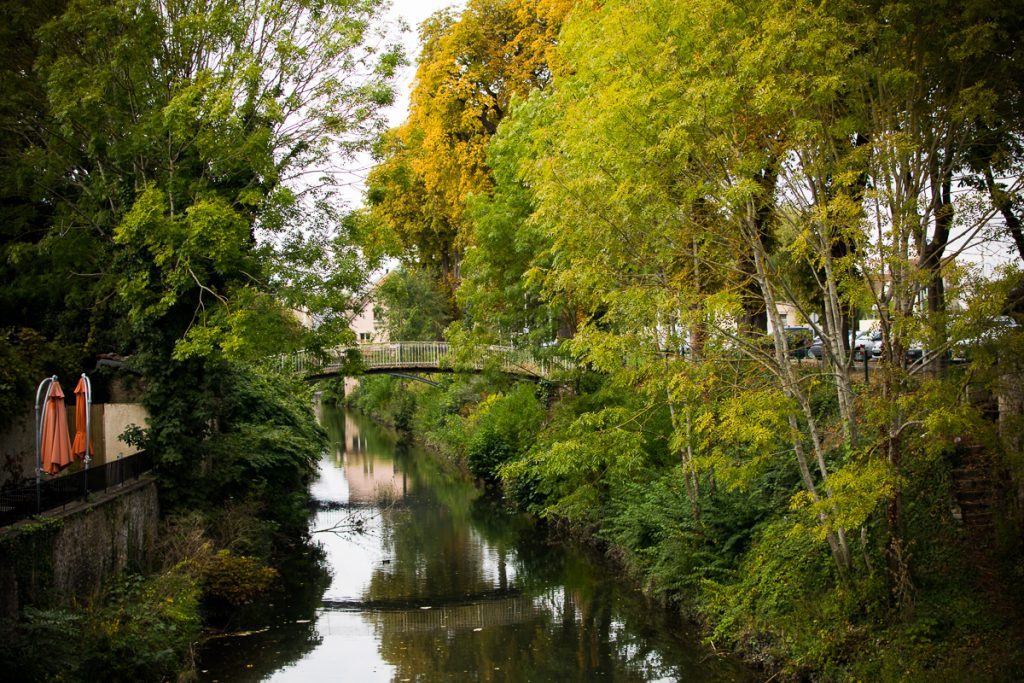