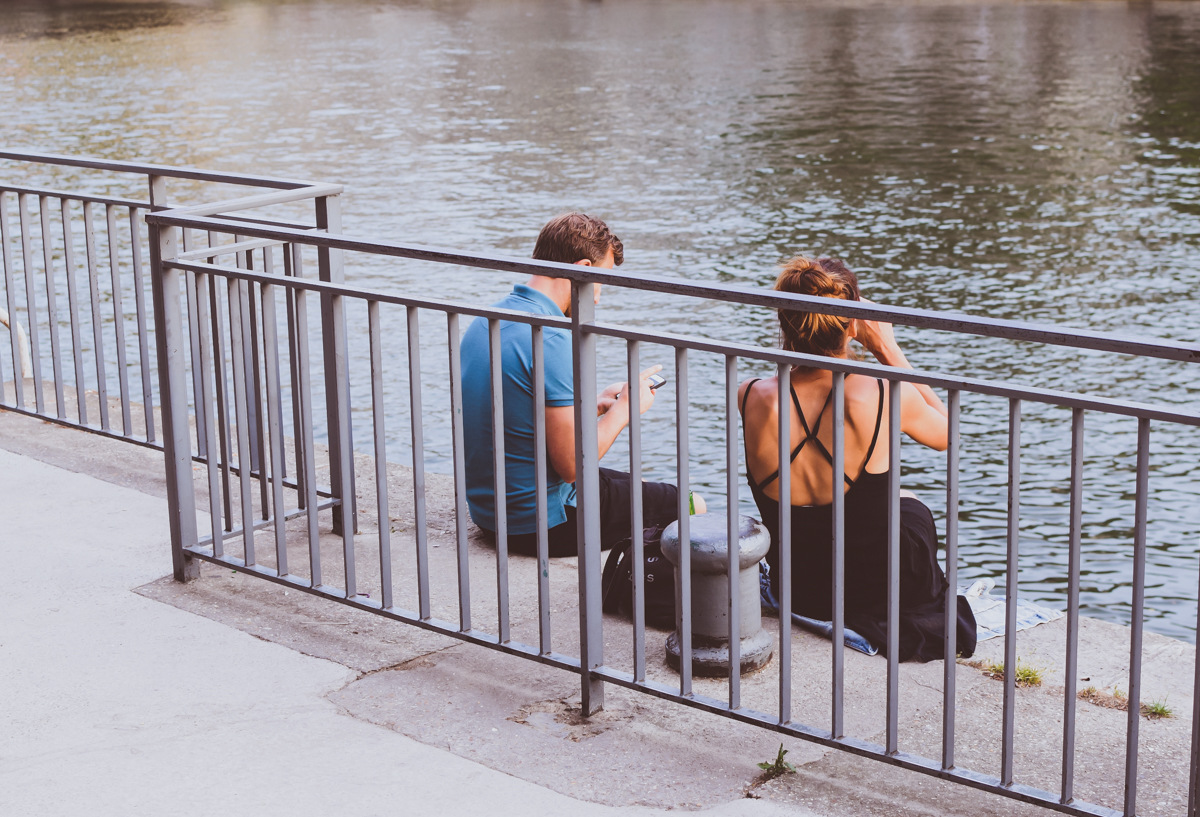 The first time I went to Paris, I spent my time visiting the major monuments. The Eiffel tower, the Arc du Triomphe, the Louvre, the Catacombs.

The second time, I tried to walk as much as I could. I wandered for hours and hours each day, going from arrondissement to arrondissement. I walked through every major park in the city, and several of the smaller ones.

The third time, I made a list of boutiques and concept stores and vintage shops to visit, and went to as many as I could. I bought a handful of fun things, like some vintage Valentino silk scarves and my rain jacket from RAINS.

This time, aside from an obligatory trip or two to Muji (quite possibly my all-time favorite store) for linen shirts, M and I made all our plans around where we wanted to eat. Some of these are places I’d been to before, and some of them were new discoveries on this trip, but without further ado, here is my short list of favorite places to eat in Paris:

This is by far our favorite restaurant here. It was created by Israeli chef Eyal Shani. It’s right in the middle of all the falafel stands in the Marais, and is often overlooked by visitors who go straight to the end of the long lines at L’As du Fallafel instead. But l’As du Fallafel can’t hold a candle to this place. 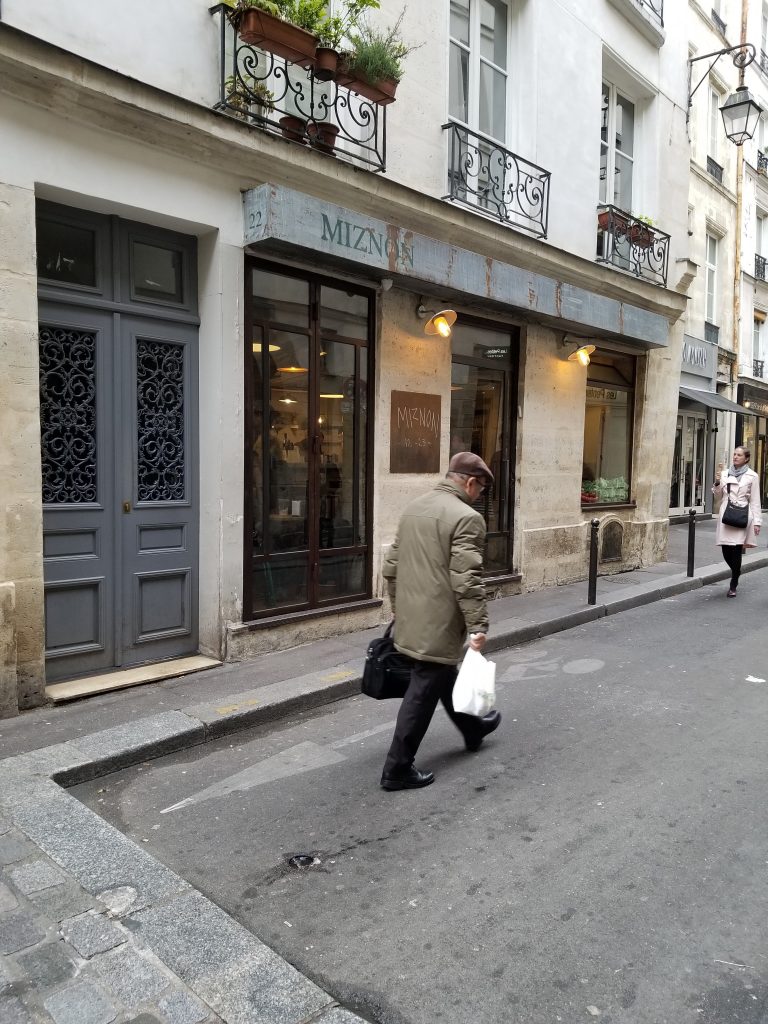 Miznon has its own version of falafel, and the falafel pita is the best falafel pita I’ve ever had, but it was only my third favorite menu item. The roasted cauliflower pita was what kept us coming back again, and again, and again, and even a fourth time, although we were only in Paris for ten days. If I’m being honest, I would have gone even more often, but they close on Friday evening and Saturday for Shabbat.

My other favorite were the green beans. They were fresh, cooked with lemon and a hint of garlic, and I swear they melted in my mouth!

We also tried the roasted salted yam (delicious, but didn’t beat the green beans) and the ratatouille pita (decent, but nowhere near as good as other options). We opted for all-vegetarian meals, but for omnivores there are plenty of meat pitas as well.

All in all, don’t expect anything fancy; the food is prepared simply and served in brown paper wrappings, and the restaurant is small and casual. Not the place for a leisurely two-hour meal, it’s fast food done right. The prices are reasonable, and the focus is entirely on the quality of the food. It’s busiest around noon and in the evening for lunch and dinner, but they serve food all through the afternoon. Seriously, go here. You can’t go wrong.

Part of a group of restaurants, Ober Mamma is a laid back Italian place that makes really, really good food. 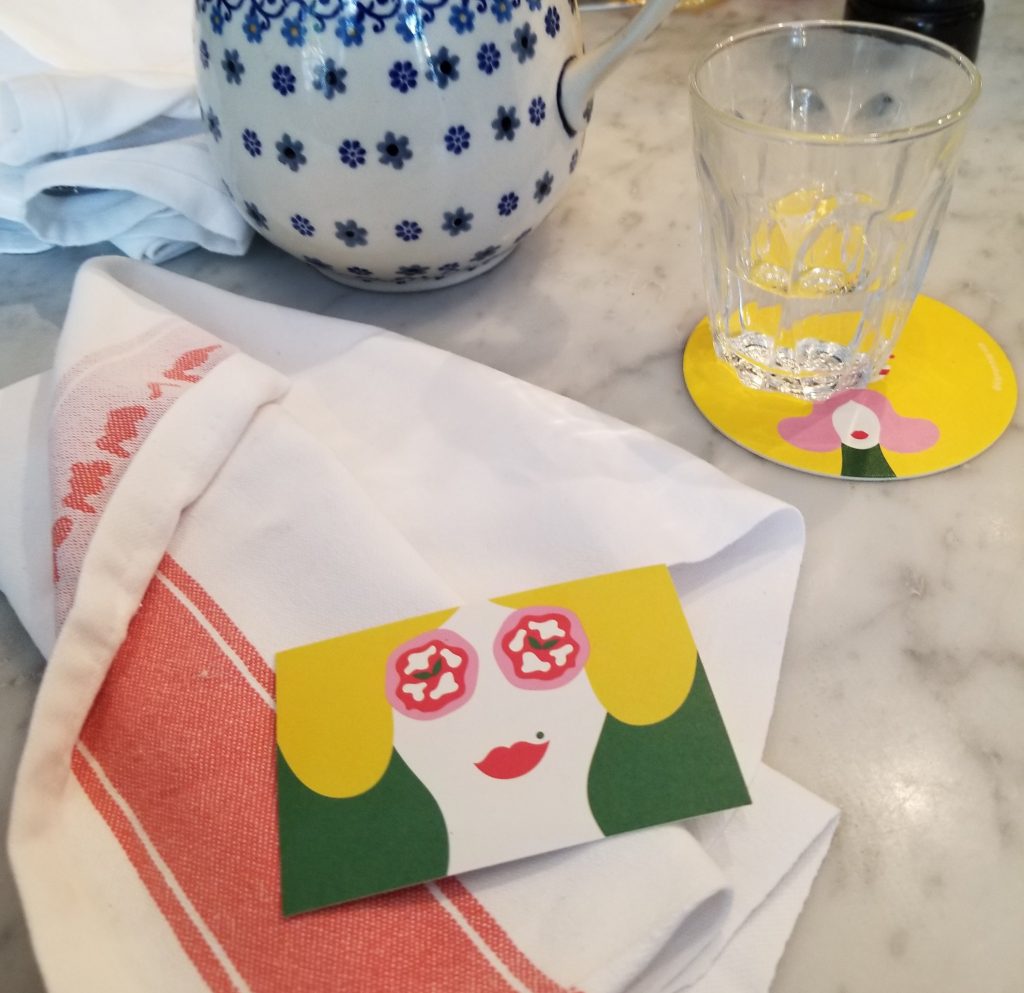 They do both lunch and dinner, and no reservations are required, but it does get busy at times so reserving a table certainly wouldn’t hurt. We went for lunch and were told we could wait 40 minutes for a table, or take a seat at the bar. We opted for the bar.

I wish we could have come back another time or two to try more off the menu, because it all looked so good, and what we got was amazing! I would have liked to have tried their famous lemon-misu dessert, but M and I were both so full already that we passed on it this time.

We got pizza and truffle pasta to share, and it  was delicious.

This is a great place to go when you’re near Notre Dame/Les Jardins de Luxembourg/the Pantheon. I’ve been back here many times, and I usually get the raclette crêpe because I am obsessed with raclette cheese (M and I served it at our wedding reception)! This time we ordered it without the prosciutto since M doesn’t eat meat and I’m trying to get back to eating less of it as well.

FYI, these crêpes are huge. I know people who can eat a whole one by themselves and still have room for dessert, but for us, we split one and we were both full by the end. So not only is it a great crêpe, it’s a great deal. Seriously. The portions are HUGE which is rare for France.

The Turkish shop next door also does decent sweet crêpes for cheap, and the line there is much shorter than the one for Au P’tit Grec, though the P’tit Grec line tends to move fairly quickly, so don’t be intimidated.

Speaking of sweet crêpes, I have a favorite crêperie. It’s actually part of a place called Café Le Pierrot just across the street from the La Motte-Picquet-Grenelle metro station, but I’ve never set foot in the café itself. The café has a somewhat separate street-facing crêpe stand that makes crêpes to go.

Each time I’ve gone, a wonderful Pakistani man has made the crêpes. After a while, you start to be able to tell how good the crêpe maker is by the way they pour and spread the batter. Most are decent. Some are terrible (like a particular crêpe maker in the Latin quarter that make one of the ugliest and unbalanced crêpes I’ve ever seen). This man, though, is an artist.

I got my personal favorite, nutella with banana, coconut (noix de coco), and Grand Marnier. Just like every other time, he spread the crêpe batter quickly and perfectly to make a crepe that was just the right thickness and sponginess. When it began to steam and bubble, he flipped it over and cooked the other side until both were a truly golden brown. Then he folded it in half and spread it with a thick, even layer of Nutella.

As he worked, we chatted, about the 30 years he’s lived in France and about his wife who keeps saying she wants to learn French but then gets too shy to practice it (I identify with that!). He cut a banana into equal half-inch slices and arranged them so that there would be an even amount in each bite once the crêpe was folded.

We talked about how M and I had met in Paris in 2013 and were back to visit on our honeymoon. He sprinkled coconut over the entire thing and topped it with a drizzle of Grand Marnier – just enough to add a bit of citrus flavor, no more. He told us we must have had amazing professors to have learned such good French. I think he was being generous with his opinion of our linguistic skills given how perfect his French was, but it was nice of him to say!

He handed us our crêpes (M got cinnamon and sugar – beurre sucre canelle) and even gave us a discounted price. I’d like to think it was because he either recognized me or because it was our honeymoon, but it was probably just because we were friendly and he was in a good mood. 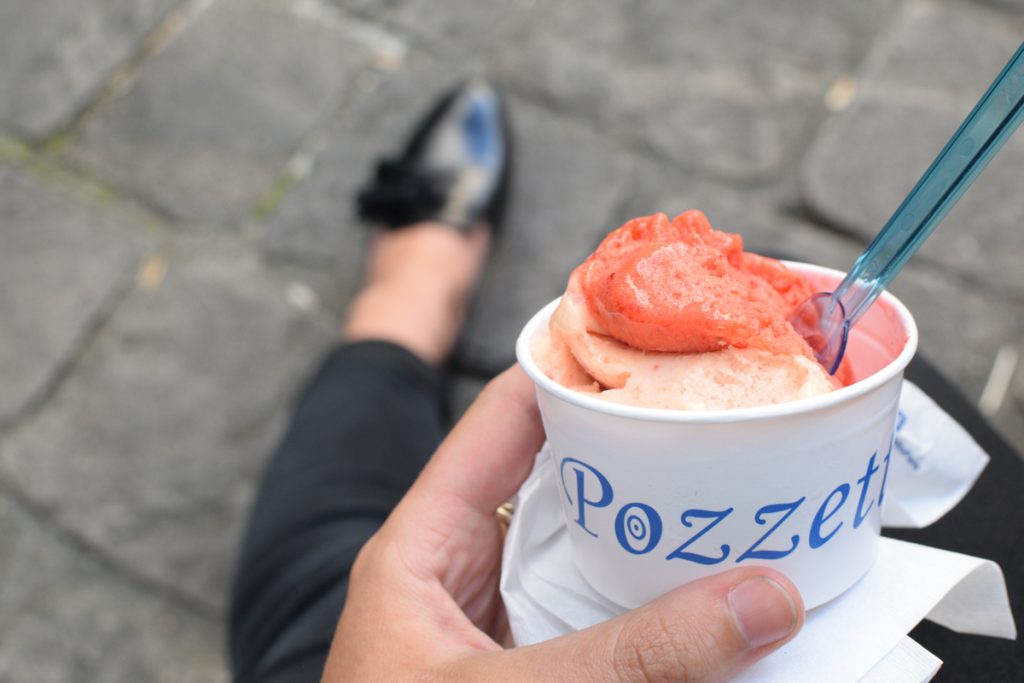 I’ve mentioned this place before. Way better than Berthillon (I’ll fight you on that). Just go there. Just do it. You can’t order a bad flavor because they don’t exist at Pozzetto. Go to Pozzetto #1 (Rue du Roi de Sicile) for more options and flavors of the month. Go to Pozzetto #2 (Rue du Vieille du Temple) if you want to try their café offerings.

No matter what size cone/cup you get, you can get unlimited flavors at once. I’ve never tried more than three at a time, but if you have, I’d love to hear about it!