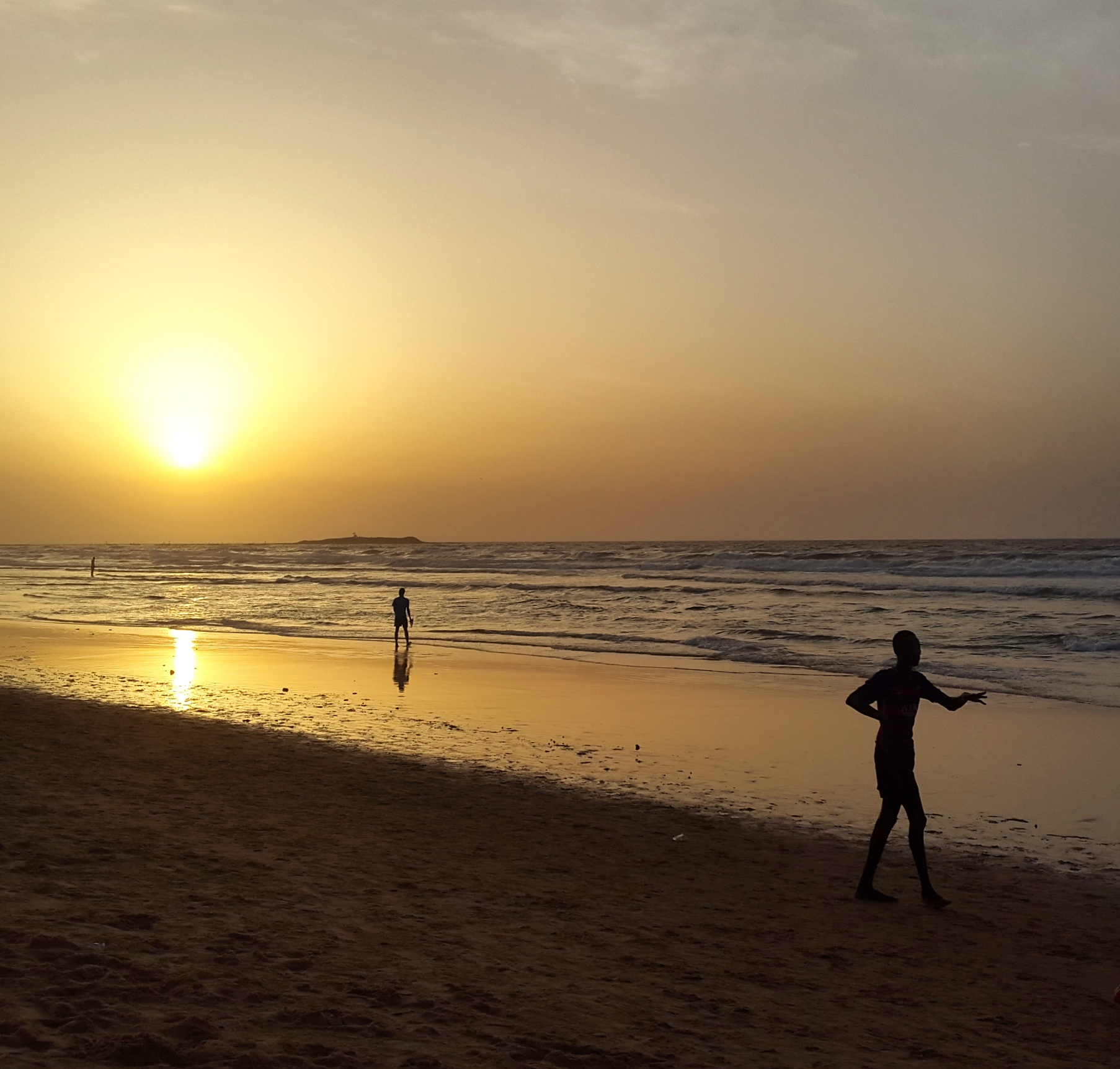 Just this last Christmas, I returned home from a three-month trip in Europe. I had very little money and absolutely no desire to settle back into the routine back at school. I should have known better than to hang around the international studies building as much as I did when I came back. I knew the temptation presented by the photography exhibition and advertisement of study abroad programs would get to me. But, I either cut through the building on my way to class or used it to read and study at least once a week. One of those days, I ran into one of my favorite French professors, we started talking, one thing led to another, and now here I am in Dakar, the capital of Senegal!

The first thing I noticed was the liveliness of the streets. People were walking everywhere! Just on the drive from the airport to the hotel (we were picked up by a chauffeur from the research center – traveling with a group has its perks, even I must admit!), I saw at least 4 cows, several donkeys (or mules? I’m not sure how to tell the difference), two men carrying a 15 foot length of colorful fabric between them, dozens of women carrying baskets of produce and other things on their heads, a couple of small markets, and more than a few overstuffed colorful buses (called cars rapides). I couldn’t have stopped watching out the window if I’d wanted to.

Dakar looks like a movie set. That is, parts of it are built up and decorated elaborately, while other parts are falling apart. There is sand and dust everywhere, which gives the air a sort of orange glow; it’s kind of beautiful when the sun sets. The days are warm at this time in late April, but the ocean breeze (we’re on the Atlantic coast!) keeps everything cool, though humid. My hair has gotten very curly and I love it.

Negotiation is a key part of most transactions here. When I arrived, we got together with most of the group and went to buy bottled water, since it’s not so safe to drink the tap water here. We went to a small shop across the street where they were selling snacks, water, and butane tanks. We asked how much the water was and they told us, 2000 CFA (about $3.30?) for a case. Our program director laughed and said, no, that’s worth 1600. Then she joked around with the seller for a few minutes, after which he said that since she was so funny, she could have it for 1850. HIs wife then came in the store and our program director started talking to her, complimenting her, asking about her family, etc. She turned back to the husband and said, 1700. He countered 1800 and she accepted. Since then, I realized that’s a pretty normal transaction. It’s not just about the money, but about being friendly and polite and fun and making friends as you do business. Without the banter and small talk, it wouldn’t be done right, even if you still got a lower price.

After getting the water, we walked down by the beach. It’s not really  the kind of beach you’d want to swim in (though there are some of those here, too). Instead, people were using it as a sports field, mostly for football (soccer). There were also quite a few joggers, since it was evening, nearly sunset, so the air had begun to cool off. It was beautiful. Senegal might be poor by western economic standards, but it really is beautiful.

After the beach, we  walked back to a restaurant to eat. We had grilled chicken, rice, and an onion sauce. Apparently the Senegalese love onions. So far, they’ve been part of every meal I’ve eaten. After the meal, they offered tea. We asked if they would make us an infusion (herbal tea), and they agreed. So, they made us a special sort of tea “cocktail” with three different herbal teas and fresh mint. It was absolutely delicious.

Of course, none of us were able to stay up long after that. Africa is amazing (from what I’ve seen so far!), but it does take a very long time to get there. My flight plan was one of the easiest of anyone’s, but it was still taxing. I had flown to NYC, spent the night and slept in, then flown to Casablanca, had a 4 hour layover in what may be my least favorite airport I’ve ever been to, and from there flew to Dakar. Not too bad, but still exhausting with the time change. I tried not to sleep once I got to Morocco, though, until after dinner that night in Dakar, so I didn’t get hit too bad.

Well, I’m now being called by my host family to come eat peanut soup, so I guess that’s it for today. Classes start tomorrow, and hopefully so does my research!