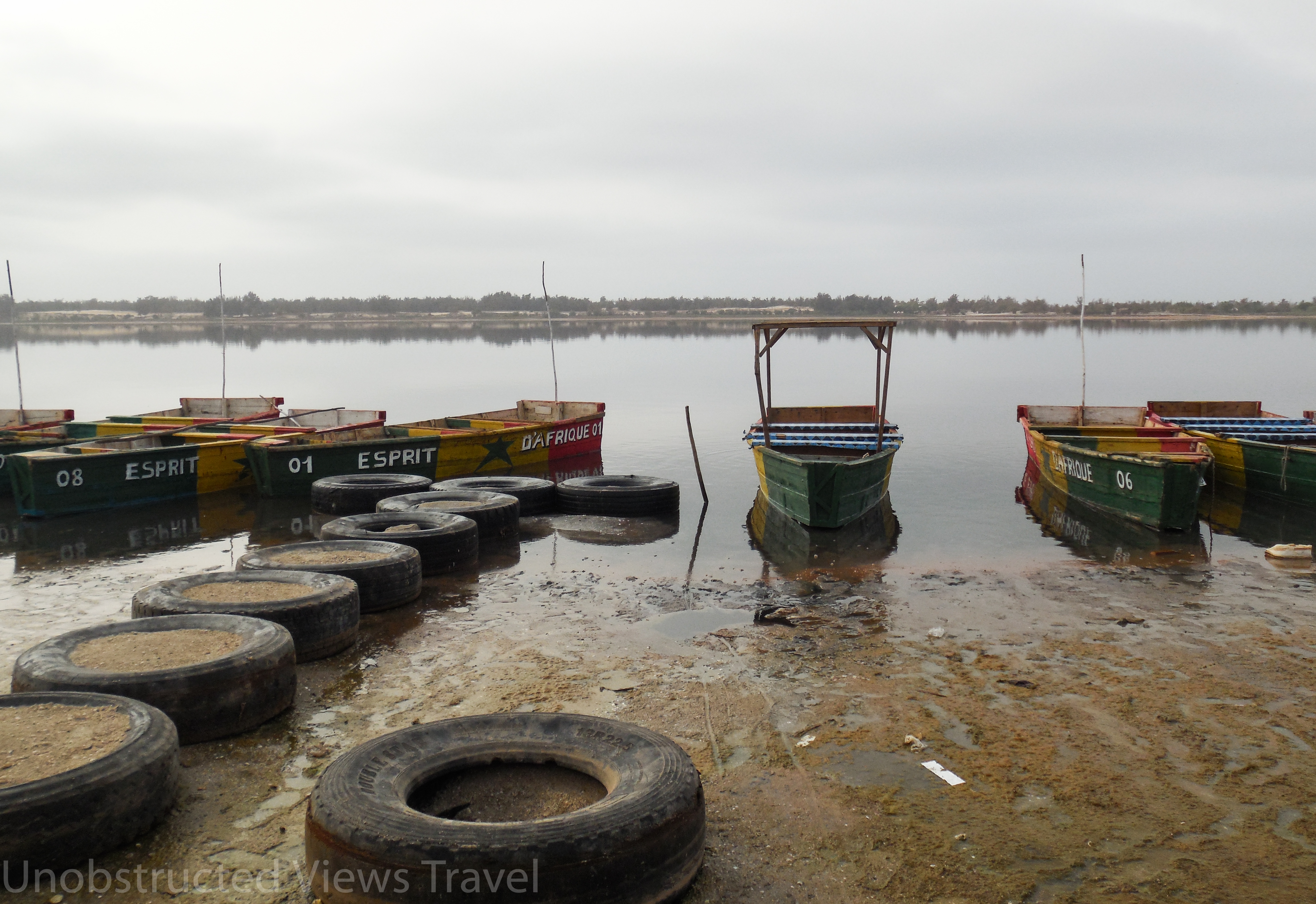 Not far from Dakar, there is a place called Lac Rose, which translates to “pink lake,” so-called because at certain points in the middle of the day, when the weather and light are just right, the red algae (dunaliella salina) in the shallow water makes the whole lake turn a shade of rose. The water is nearly as salty as the Dead Sea.

We visited this lake on our way back from St. Louis, but unfortunately we arrived late and missed seeing it when it was colorful. However, it was still one of the most fun days I had in Senegal, mostly because of the tour guides who took us around the lake and through the surrounding sand dunes.

First, we learned about how the members of the local village harvest salt from the lake. The workers first cover their skin with shea butter to protect themselves from the harsh salinity. Then they set out with their shallow wooden pirogues (same as the fishing boats you see all along the coast in Dakar and St. Louis).

The water is shallow enough that they just use long poles to push their boats across the lake. They collect the salt off the bottom of the lake with buckets and spades, to bring back to shore.

The community here isn’t entirely Senegalese. People come from all over Africa to try their hand at harvesting salt and to make a living.

The next step is to dry the salt. It’s left in piles under the hot African sun. Once it’s dried, women will sort and package it to be sold. They sell it by size: the “small salt” for seasoning food, the “medium salt” for cooking and drying fish, and “large salt” which often gets shipped to Europe to put on the roads or used (like Epsom salts) to soak feet.

After the explanation of salt production, we were taken on a trip around the rest of the lake, through the village and farmland, and the surrounding desert region. We had planned to ride camels around the lake, but when we got there nobody could find the guy in charge of the camels, so we took a truck instead. To be honest, the truck was WAY more fun than the camels would have been! 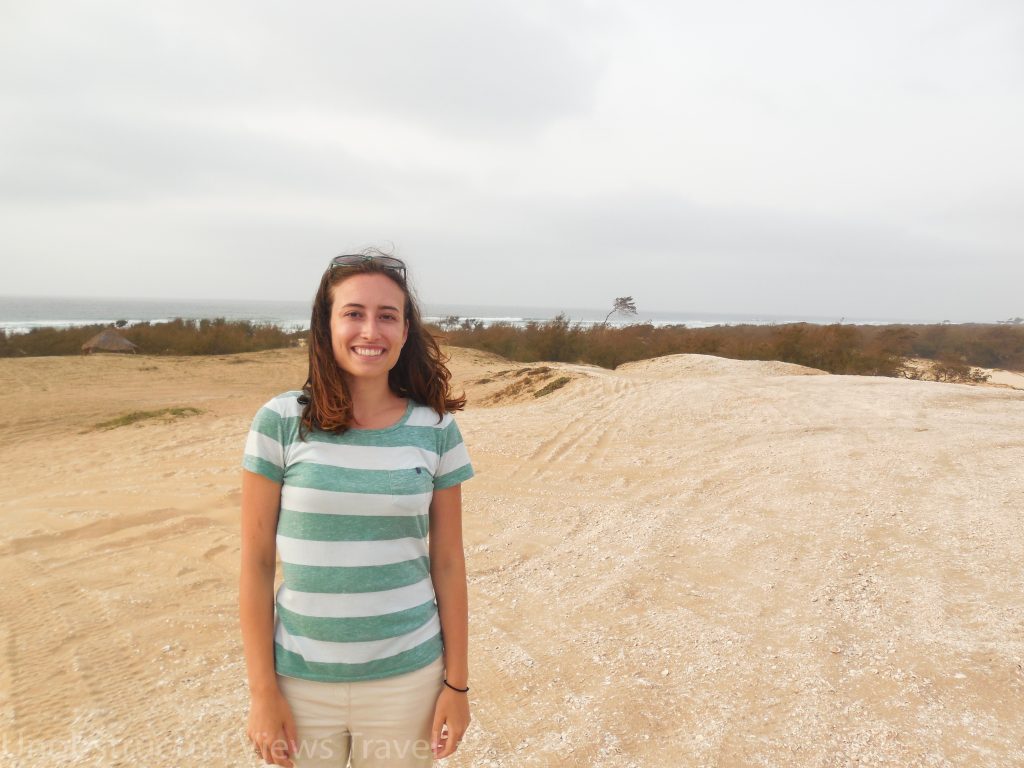 I mean, camels are cool, I’m sure, but our truck driver took us on an old off-road dirt bike course through the sand dunes. The truck had to have been from the 70s, at least, but he got that thing going at top speed, and the resulting winds were so strong that they pulled my T-shirt up almost to my neck, before I tucked it in!

Our driver took us over all the biggest hills and drop-offs, and it honestly felt like riding a roller-coaster. I know people say that whenever a car goes really fast down a hill, but that is nothing compared to what this was. Sure, it wasn’t quite like the Dragster at Cedar Point or anything, but it was fast and gravity-defying and hella fun.

We rode past a bunch of microgardens, where the villagers had developed a way to cultivate herbs and some vegetables in the middle of the desert. We passed a desert oasis, complete with palm trees and fresh water. We rode all the way to the beach, which was one of the most beautiful, serene, pure, clean beaches I’ve ever seen. The sand was smooth and white, the water clear and soothing. The setting sun and the ocean mist coated everything with a soft gold halo.