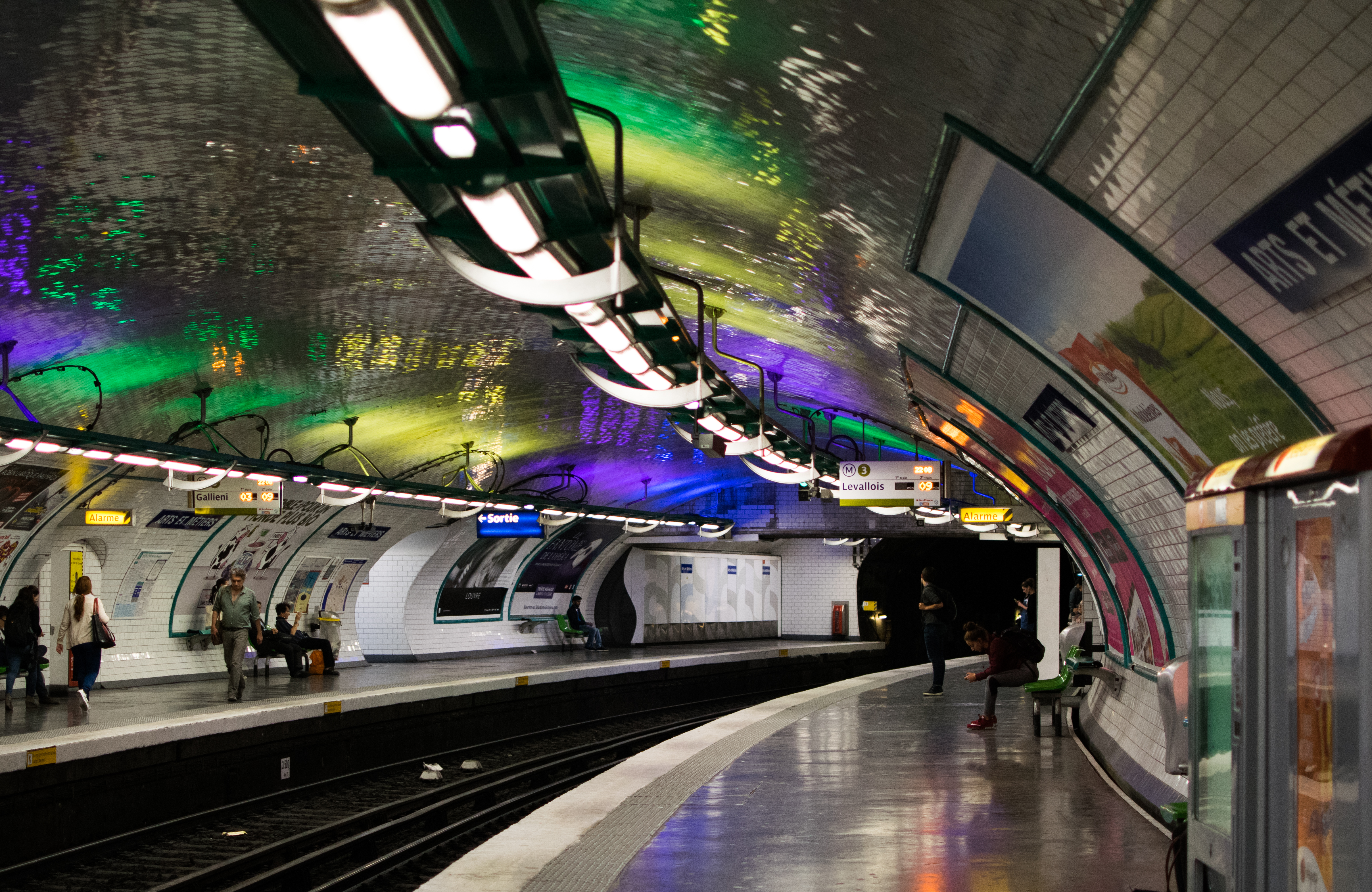 Getting around Paris doesn’t have to be hard! And there’s absolutely no need for a taxi, a rental car or even an Uber. Minimize your environmental impact and maximize your experience by taking the very user-friendly public transportation!

Transportation in Paris is relatively simple. The metro works excellently, and when the metro doesn’t get you directly to where you want to go, the bus system is just as good. You can get anywhere in Paris or its surroundings by public transport, even late at night, once you know what to do. And that, my friends, is what I’m here to help you figure out.

Depending on the length of your stay, there are different options for transport passes. I’m staying for a few months, so I got the Navigo Découverte pass, which lets me travel as much as I need to within Paris. You pay for the pass one month at a time. Worth noting though is that it only works from the first day of the month (e.g. 1 October) and ends on the last day of the month (31 October). So if you buy your month pass on September 25, you can’t use it until October 1. It’s a good deal at about 70 euros, if you’re staying for an extended period of time.

Likewise, there are weekly Navigo Découverte passes. Those are about 20 euros per week. Similar to the monthly passes, they are active from Monday morning to Sunday night, so it doesn’t make sense financially to buy one if you arrive Thursday or Friday.

There are short-term passes as well, but those aren’t called Navigo Découverte. There is a Paris Visite pass that gives you unlimited travel for 1 to 5 consecutive days. The prices vary from 12 euros to 64 euros, depending on the number of days  and whether or not you want to be able to travel to the suburbs of Paris as well. There are discounts for children. One nice thing about the Paris Visite pass is that it also offers discounted entry to some museums and attractions. For example, this year they are offering 20% off entry to the Arc de Triomphe.

For just one day in Paris, you could also get a Mobilis pass. That’s unlimited travel for one day. If you’re going to do that while touring, though, I’d recommend the Paris Visite one day pass because you get the extra discounts. On the other hand, if you don’t plan on visiting any museums, the one-day Mobilis pass is cheaper.

Alternatively, you can skip the passes and just buy single T+ tickets (that’s a normal ticket for the metro and/or bus) or a Carnet (packet) of ten. If you do that, though, you’ll end up paying more overall. I got a carnet for my first few days because I’ll be in Ireland for most of the second week and it was too late to make sense to buy the weekly Navigo pass when I first arrived. So, I got a carnet because my travel days weren’t going to be consecutive, and I just needed a way to get around until I could buy my Navigo pass for October.

To buy the Navigo Découverte, you’ll need to talk to the employees at the informations counter. You can find them at the entrance of most metro stations. Click here for a list of stations and lines with points of sale. You will need a photo of yourself, which you can get at any one of the Photomaton machines for 5 euros. Take the photo to the counter and explain that you would like a Navigo Découverte pass. Some stations may not be able to sell one to you if they don’t have any blank cards available. This happened to me the first two stations I went to. You’ll have better luck if you go to one of the larger stations such as Gare Montparnasse. Once you have the card, you can recharge it from the automated machines instead of waiting in line to do so in person.

For the other types of passes, you can buy them from the machines since they don’t require a physical card. If you want to practice your French or prefer human interaction, you can also ask at the information window.

Navigating the metro in Paris

Once you have a pass, it’s not hard to get around, especially with the metro. The metro maps are easy to read, color coded, and (sometimes) marked with the main attractions and monuments in Paris so you know which station to take to visit the Eiffel tower, for example. Usually, when you get off the metro for one of the major attractions, there will be signs along the street pointing you in the right direction for said attraction.

If you have trouble reading the metro map, you can use the RATP application, Next Stop Paris, which has tools for planning your trip and figuring out which transport is best to take. It’s available for iPhone and Android.

The bus system also works excellently, and in some cases is faster than the metro. However, the maps are a little more difficult to read, and the correct bus station is sometimes a little harder to find. If you’re only in Paris for a day or two and you struggle with directions and reading maps, I would recommend sticking with just the metro and train. If you’re not intimidated by bus schedules or you plan to stay for a while, definitely check out the bus system! You can avoid a lot of crowds that way and it can reduce the need for making lots of transfers on the way from one place to another. The buses also continue working late at night, even after the metro closes.

When you get to the metro station, check the map and make a note of all the transfers you’ll need to make and which directions to go on each line, so you don’t have to stop and figure it out later. People move quickly in the metro stations and you’ll want to be sure of where you’re trying to go. In the station, the signs are easy to see and figure out. Just look for the colored circle and number of the line you want, and the name of the direction you’re trying to go.

When the metro arrives, if it’s not crowded, sometimes you will have to either push a green button or pull up on a handle to open the door. I didn’t realize this my first time, and someone else had to open the door for me! It’s polite to move to the opposite wall of the door so that people getting in and out after you can do so. It’s also understood that the seats are for the elderly, pregnant women, and the sick or injured. Keep your bags where you can see them and touch them at all times! The most common place for tourists to get robbed is in the metro. I haven’t been robbed in Paris yet (knock on wood), but my dad was on his first day visiting Paris. It happened on the metro, and it really put a damper on the rest of the trip.

A fun way to explore the metro from your phone

Check out the RATP Instagram account! They have a group of photographers who take photos of the metro, to showcase the nicer side of public transport. It’s pretty cool.