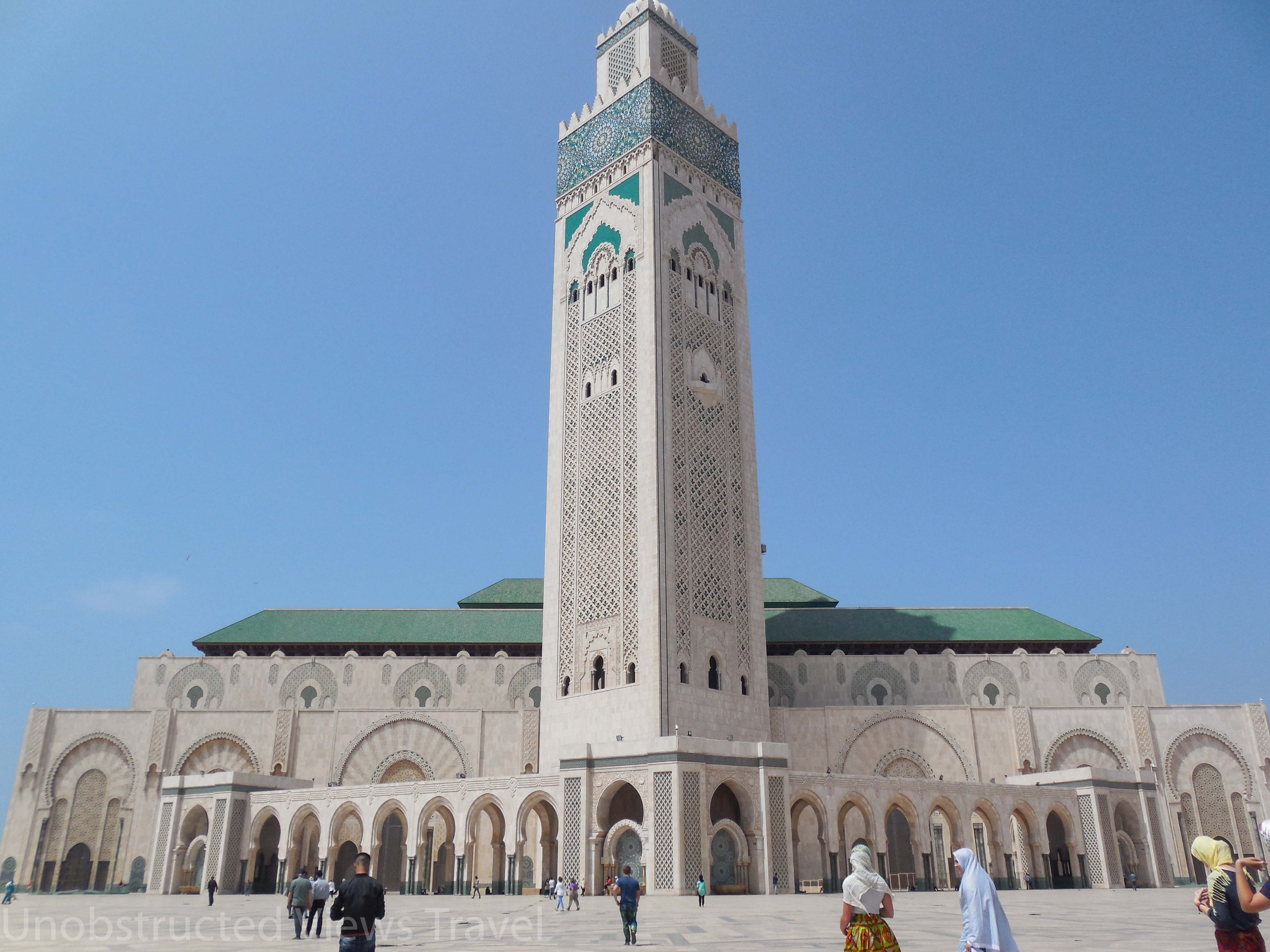 I’ve arrived in Morocco! It’s my first time here, and I have to say, the very first thing I noticed was how much it reminds me of Spain. Of course, that’s not surprising, since the Almazigh (or Berber, but they consider that term to be mildly offensive here)  influence is strong in both countries.

We traveled as a group from Dakar to Casablanca. The flight was short, and Royal Air Maroc served us a full meal even though it was only a 4 hour trip. When we arrived, we went through customs which didn’t take too long, and then we went to lunch before visiting the large Hassan II Mosque.

Hassan II Mosque is the largest mosque in Morocco, and the only one in which non-Muslims and tourists are permitted. We covered our heads, arms and legs out of respect for the religious standards. We took a guided tour of the mosque so that we could better understand its history and significance.

It was commissioned by king Hassan II (hence the name), in honor of king Mohammed V, his father and predecessor. (Mohammed VI is the current king, and the son of Hassan II).

Friends, you have to believe me when I say that pictures would never be enough to show you how grand and tall and overall enormous this mosque is. A thousand words wouldn’t do it either. So, I didn’t really attempt to show its size; I chose instead to focus on some of the many tiny and intricate details that make Moroccan architecture (and this mosque) so special.