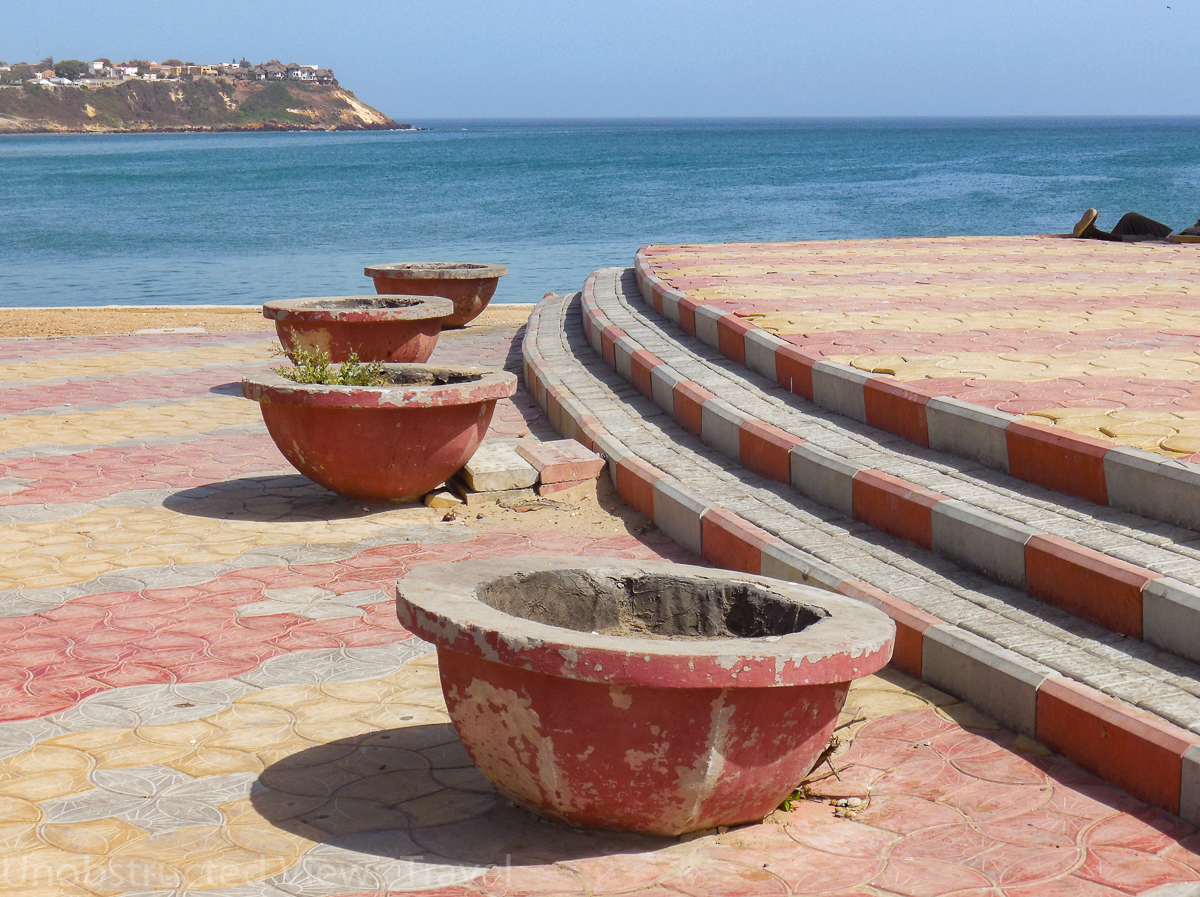 A few days is certainly not even close to enough time to really appreciate the rich culture of Dakar. However, if you’re limited to a short stay, here are some of the most important, most beautiful, most historical, and most culturally enriching sites to see!

All the way through high school French, whenever we talked about French Africa, we talked about Dakar. And every time we read a textbook chapter about Dakar, it was accompanied by a photo of this monument, whose name translates to “door of the third millennium.” It’s safe to say it’s pretty important! Built in 2001, it symbolizes the opening of Africa to a new millennium, and represents hope, communication, and unity. You can find it overlooking the ocean along the Corniche-Ouest, by avenue Malick Sy. The views of the ocean are incredible.

Though controversial, it’s still a beautiful place to visit.  The stairs to the top are steep but not too difficult to climb, and the view is one of the best you’ll get of the city. There’s also the option to go to the top of the statue itself with a guided tour, but you’ll have to pay 3500 – 6500 FCFA (about 5-10 euros/6-11 dollars)  to do so. The monument depicts a man rising out of the Earth, carrying his wife and child with him. It is the tallest statue in Africa, and was intended to symbolize the achievements of the African people.

Unfortunately, it comes with a lot of controversy. First of all, not many Senegalese or even Africans were involved in the process. It also cost the country a huge sum of money right in the middle of an economic crisis. You also have to realize that a depiction of this sort goes against the Islamic religion, when 95% of Senegalese are Muslim. It’s a popular tourist attraction (because the view is GORGEOUS, and you must admit the statue is pretty impressive), but keep in mind that it’s not the best or most desired representation of African success.

There are lots of different beaches in Dakar. Some of the best ones for swimming are Ile de Ngor (which you have to take a boat to, since it’s an island) and Les Almadies, though there are many others. You can also combine the beach with a trip to Gorée (see below), since the beach there is pretty nice as well. Be careful, though, and ask around, because not all of the beaches are safe for swimming. Some have restrictions because of fishing practices or other reasons. Even if you don’t want to swim (though I highly recommend it!), make sure to at least walk along the shoreline in the early evening, just before sunset, and watch the locals playing football and other sports in the sand. 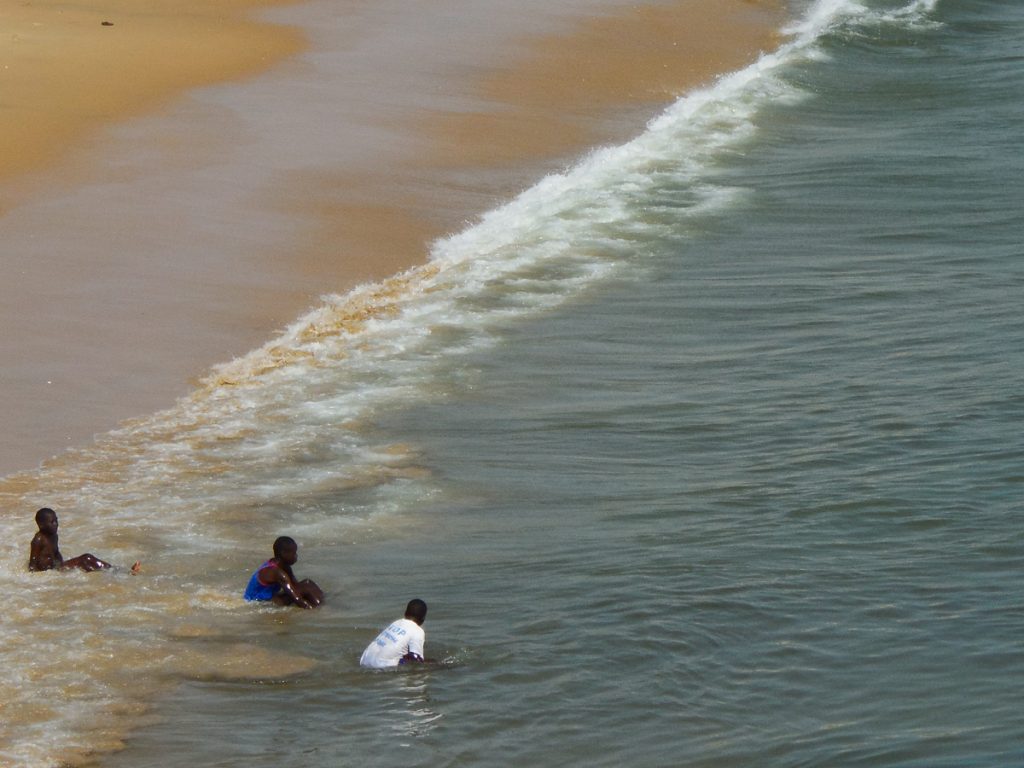 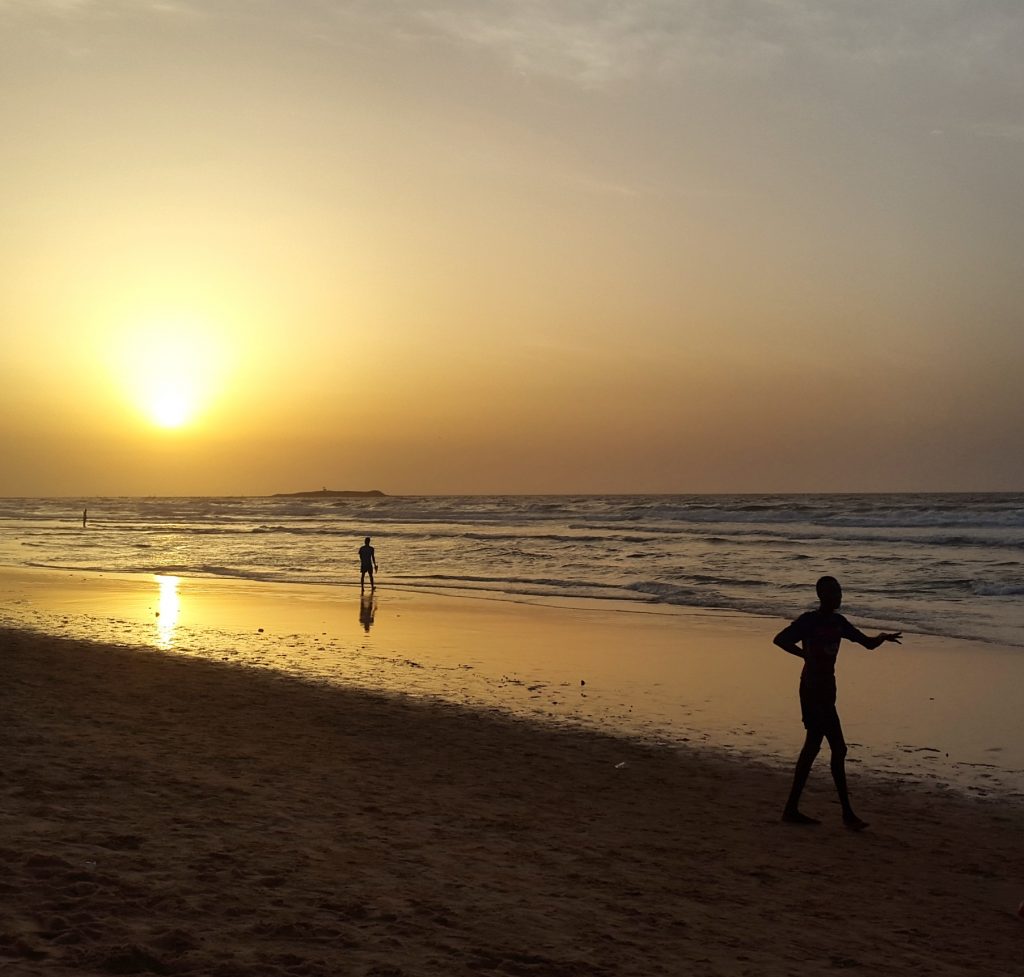 This place has SO much history. Though much of it is sad, because of its role in the slave trade, the island itself is one of the most beautiful places in the world, in my opinion. Make sure to visit the Maison des Esclaves and the artisan’s market! Just be careful of the merchants. They are relentless when it comes to getting you to buy their products. Gorée has a lot of options for handmade and traditional souvenirs, and is famous for its necklaces. However, if you can, find a trusted local to help you do your shopping, unless your French/Wolof is very good and you are well familiar with the negotiation practices. A general rule of thumb is that whatever price the merchant gives you, you should cut it in 4 and start there, and work your way up towards 50% of the asking price during the negotiation. And don’t be afraid to walk away.

The abandoned railway station was once part of a railroad line, the Dakar-Niger railway, that was used to transport goods to and from the port of Dakar. Transported items were mostly peanuts (the main export from the country during French colonization), millet and animal skins. The exterior is beautiful, though the interior is somewhat bleak. Still, it’s an important part of Dakar’s history, and worth a visit.

Just across the street from the railway station, a monument in memory of the Tiralleurs Sénégalais occupies the area in the center of a large roundabout. It was created in memory of the Senegalese who were put on the front lines during WWI and WWII as essentially a human shield for the French troops, and who were forced to fight for the French in a number of other conquests. Senegal has only been an independent country since 1960, and the memory of the colonial era is still fresh. 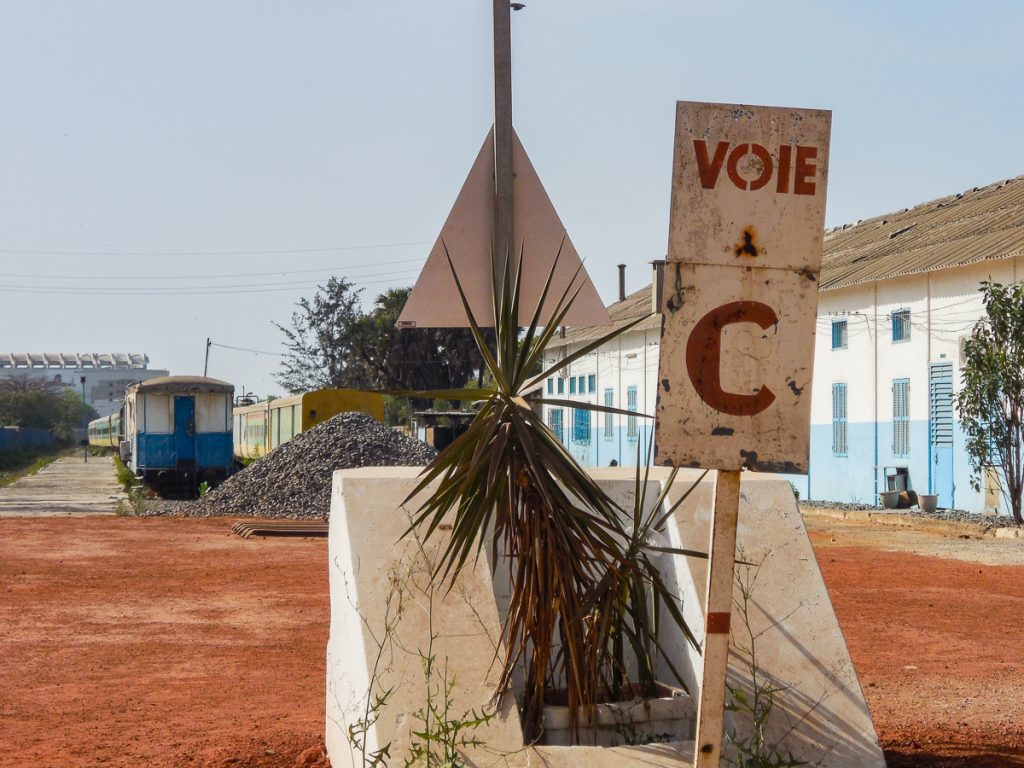 Other notable things to see:

The grand prayer at the mosque in the centre-ville. It’s on Friday afternoon, and it’s incredible to watch. Go early and get close to the mosque if you can. Remember to be respectful; it’s not a presentation or a demonstration, and nobody is going to welcome tourists or pictures. If you want pictures, just be discreet about it, be quiet, and stay to the back and out of the way.

Les marchés. Senegal is rich in handmade and cheap souvenirs. These are not the mass produced, made-in-china souvenirs you’d get somewhere else. In Dakar, it’s easy to find beautiful, traditional items like masques, bags, musical instruments, scarves, and art (so much art!). The markets are a great place to find these, and are a fascinating cultural experience as well. Just remember your negotiation skills! A great one is the artisanal village Soumbédione.

Cathedrale de Dakar. Senegal is 95% Muslim, but there are still some catholics! The Dakar Cathedral is nice enough, but what’s really interesting is the painting of a black Jesus in the mural on the ceiling.