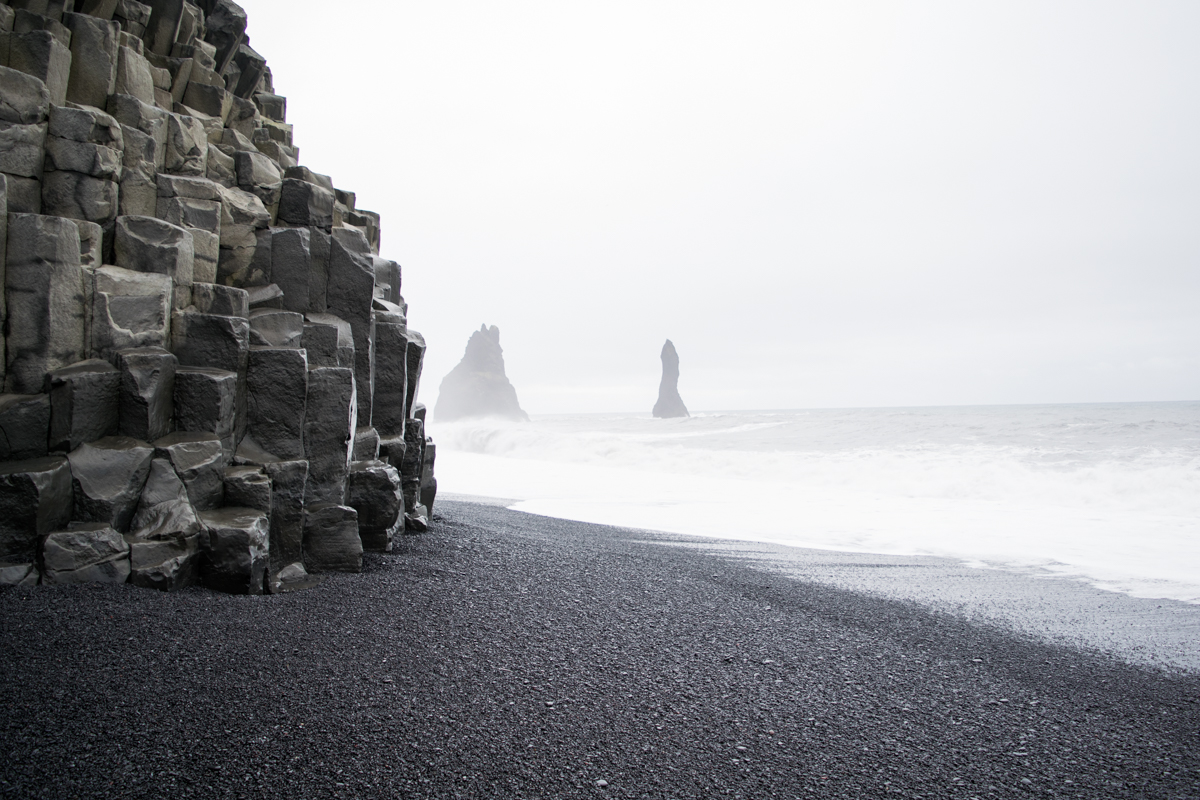 Reynisfjara may be the visually striking natural place that I have ever seen.

And I’ve seen a lot of places.

The Cliffs of Moher, Mont Saint-Michel, and Chefchaouen are all beautiful, impressive, and breathtaking. But I had never seen anything like Reynisfjara before.

Getting to Reynisfjara wasn’t difficult, but it was a bit of a drive from Selfoss, where we were staying, and even farther from Reykjavik.  A section of the ring road was closed and we had to take a detour on a gravel road, but other than that we had no trouble. We stocked up on snacks from the grocery store and set off in the early afternoon!

We stopped along the way there to see a couple of waterfalls: Seljalandsfoss and Skógafoss.

When we arrived at Reynisfjara beach, there were a handful of other cars there, but the beach was more or less empty. It was nothing compared to the crowds at Gullfoss, Seljalandsfoss, or Skógafoss. 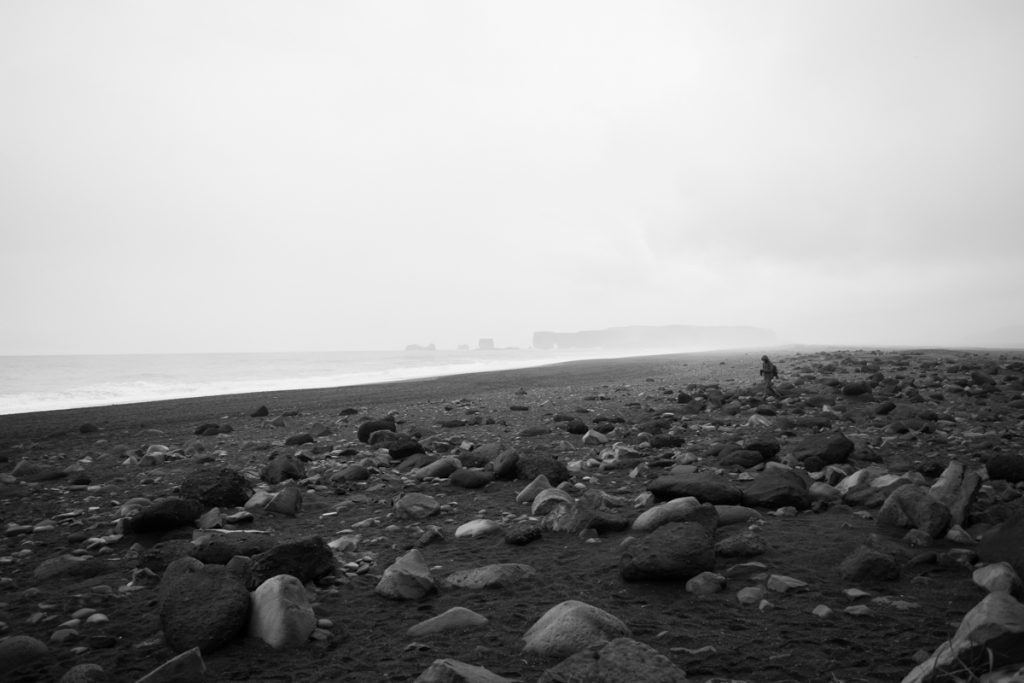 In fact, we never saw the occupants of most of the cars. The only other people we saw was a small group that seemed to be there exclusively to take glamour shots for a teenager in a flowy formal dress. It was windy and rainy and foggy and the temperatures were near freezing. She looked miserable. I can only assume she was doing it for social media, because I can’t imagine any other reason someone would do something so ridiculous.

M and I didn’t stick around to watch the photo shoot. Instead, we went exploring a little ways up the beach. 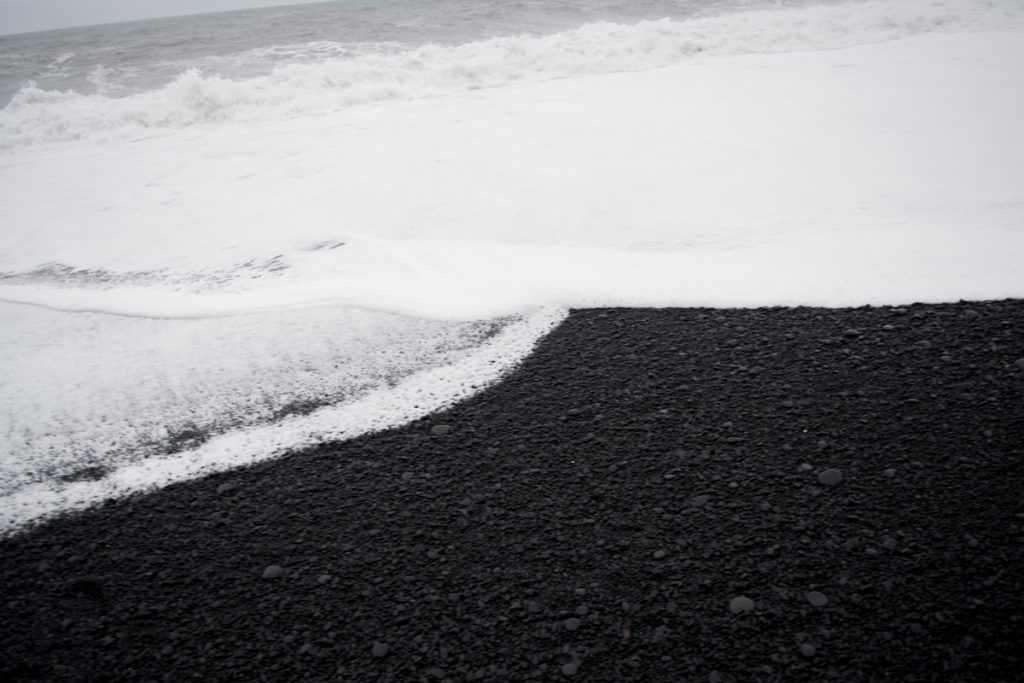 The first thing I noticed was how purely black the sand was. It was really, truly black. Not gray, not dark brown, not any color. It was entirely black. Nothing but volcanic rock, formed from lava and eroded over the years to end up on this striking beach. 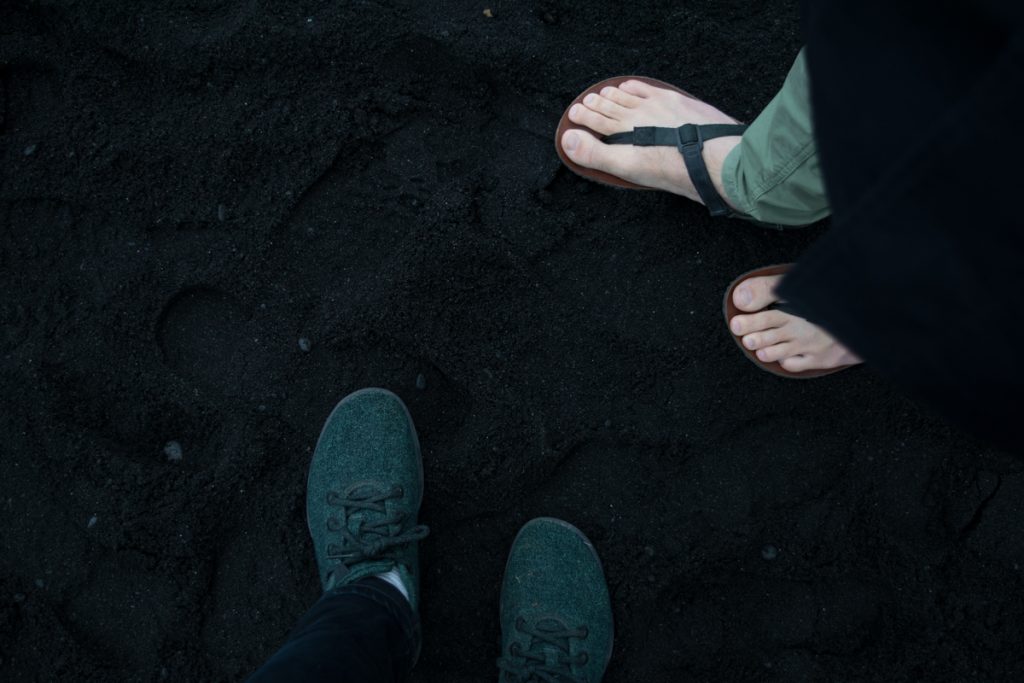 Seashells and seaweed stood out against the black sand  background. Happily, there didn’t seem to be much of a problem with litter. I saw one cigarette butt and that was it.  I mean, that’s still one cigarette butt too many, but Reynisfjara is so much cleaner than pretty much any other beach I’ve been on.

In contrast to the dark sand, light gray basalt pillars rise up at the base of a cliff. These pillars are perfectly hexagonal shaped, and interlock at different heights to form a structure that seems too perfect to be natural.

The even, hexagonal shape of these pillars is the result of a process called “columnar jointing.” In a nutshell, as lava cools, it contracts and fractures, starting at the surface where it cools first, and working down to the deeper layers where the lava stays hot longer. The fractures follow the same pattern from the surface down into the rock, creating the separate columns.

We made our way carefully around the corner of the columns, being careful not to get caught by the waves. Getting wet would have been miserable, but more importantly, the waves at Reynisfjara are extremely dangerous. We were told that the only thing more powerful and unpredictable than the North Atlantic waves at Reynisfjara was the undercurrent that would drag you out to sea if you were unfortunate enough to end up in the water. 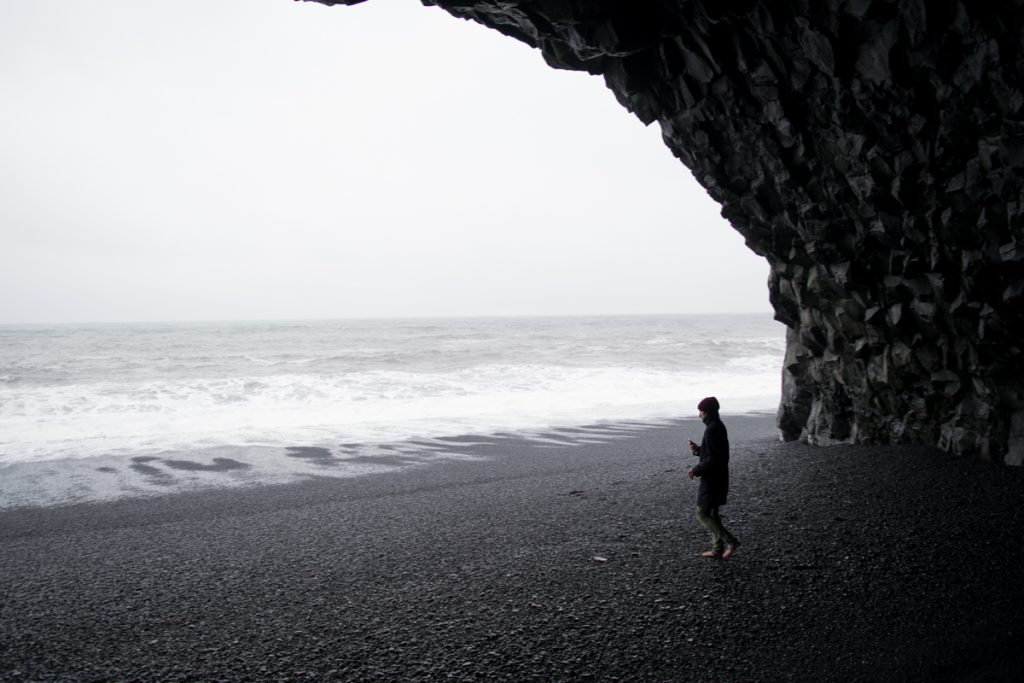 On the other side of the basalt columns, we found a small natural cave. There wasn’t much inside other than more black sand, but it provided some protection from the wind, and had it been raining, it would have made a perfect refuge.

Looking out over the sea, it’s impossible to miss the sea stacks called Reynisdrangar. The local legend is that they were trolls who got caught in the rising sun and turned to stone. In reality, they are formed from the same rock as everything else on Reynisfjara beach: igneous, volcanic basalt. 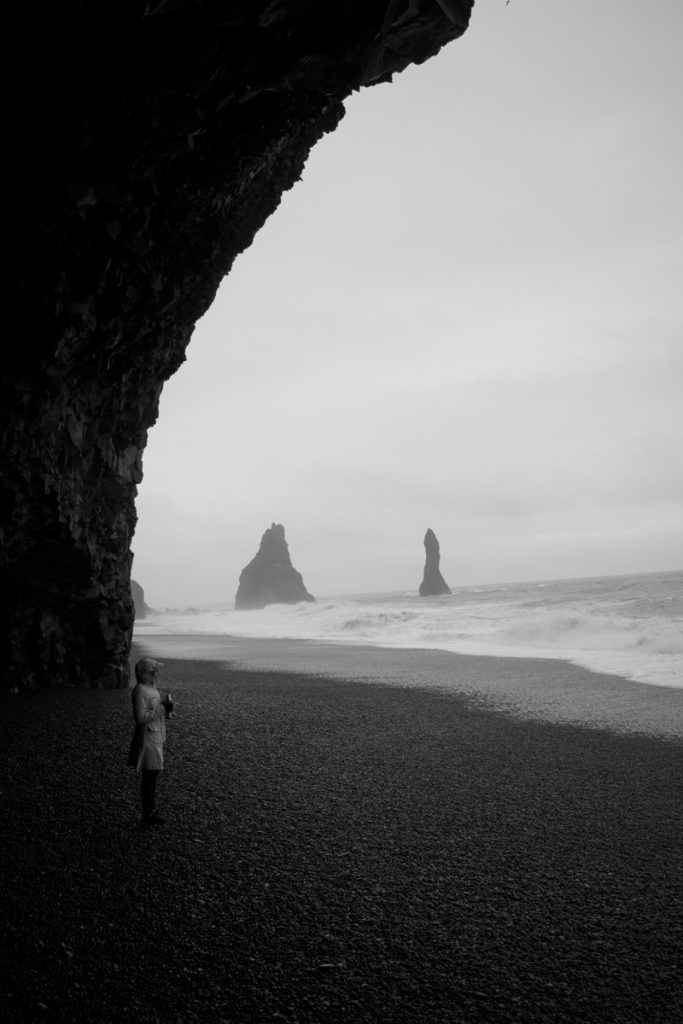 After a while, the photoshoot crew found the cave and took it over, we got cold and a little damp from the fog and wind, and we decided to head back.

My one disappointment is that we didn’t get to see any puffins, but Reynisfjara is still in my top 3 favorite places in Iceland.