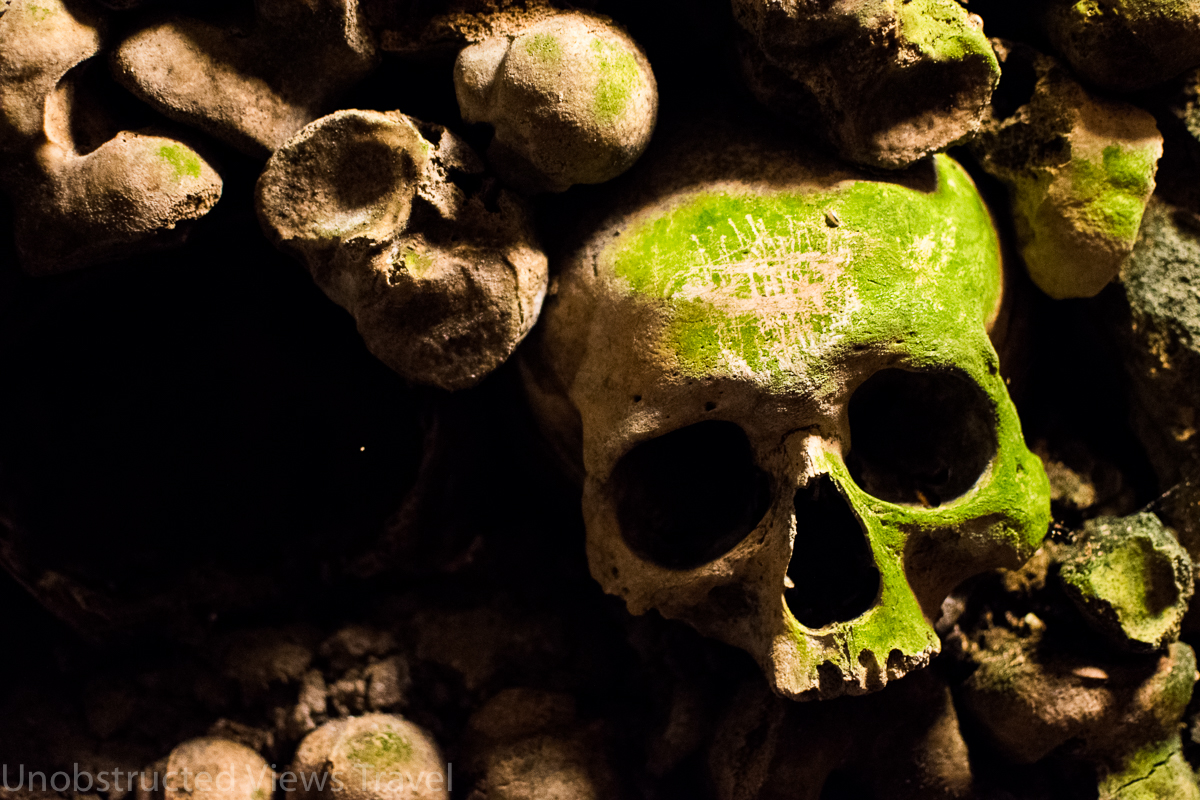 When I was growing up, I loved the HerInteractive Nancy Drew detective computer games. I mean, I absolutely loved them. I still do, though I don’t have the luxury of time to play them anymore. If you don’t know what I’m talking about, I have two things to say. First, your childhood could not have been nearly as good as mine was. Second, those Nancy Drew games are the coolest thing ever. You get to see different states and countries, you get to learn about things like alchemy and the ancient Mayans and astrology, and you get to solve all the puzzles and mysteries yourself as if you were Nancy. Of course, you could also get trapped in a tomb with a mummy and only have two minutes to find a way out of there before you suffocate, but that’s a story for another time (hint: the key is in the dead Mayan’s mouth).

My favorite of the games was the one where Nancy went to Paris. I’ve always been fascinated by Paris and France and French, mostly because of the baguettes and cheese. The coolest thing about the Nancy Drew Paris game, though, was the catacombs. Until I played that game, I had no idea the catacombs existed. And once I found out that there were essentially secret tunnels underneath the city, filled with bones and other potentially creepy/cool things, I knew I absolutely had to see them for myself.

Of course, for safety reasons, the French authorities don’t allow the general public to go snorkeling and exploring on their own in the catacombs. In recent years, there have been some cave-ins, and they don’t want anyone to get trapped down there, so most of the catacombs are closed off. There is, however, a section that is open to people like you or me. I’ve been twice, so it’s safe to say it’s pretty cool.

If you’re interested in exploring the closed off part, I can’t tell you how to get past the authorities. I will warn you about the cataphiles, though. Cataphiles live in the illegal part of the catacombs. It’s kind of like a secret society, and you don’t get to join unless they want you to. Cataphiles hate outsiders, and will sometimes rearrange markers and signs to confuse anyone from the outside who makes it in to their section of the catacombs. The police are always trying to catch them, but the cataphiles know the tunnels so well that they are pretty much impossible to find.

If you want to see the catacombs without putting yourself at risk for a flood or a cave-in or a hostile cataphile, go to Place Denfert-Rochereau almost any day from 10 am – 7:30 pm (except Mondays). They’re open until 8:30, but they stop letting people in an hour before that. Expect a line. Admission is 12 euros (10 for students), which sounds like a lot, but trust me, it is worth it. I’ll tell you why. 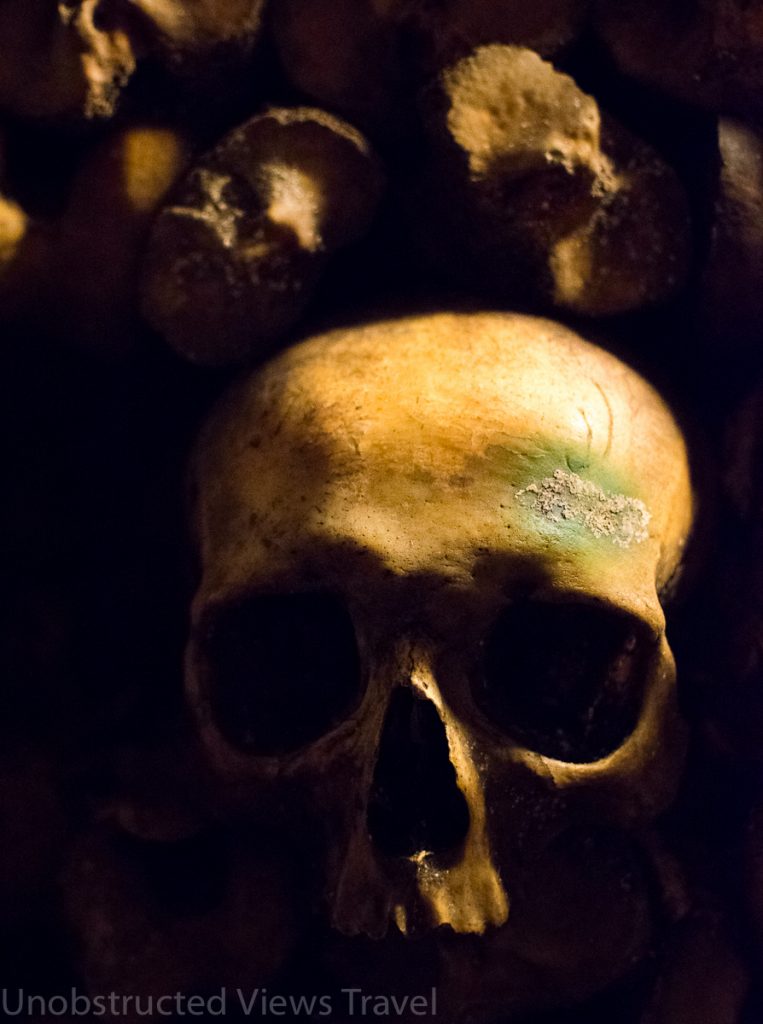 First of all, no matter what time of year you go to Paris, the temperature inside is perfect. The first time I saw the catacombs, it was the dead of summer, and I have to say, going down in those tunnels was such a welcome relief from the heat. The second time, it was pretty much winter, and it was nice to get away from the cold wind outside.

Second, the catacombs are an amazing piece of Parisian history. They started out as quarries for mining rock. Later, in the 18th century, when the above-ground cemeteries started overflowing and causing some health risks, city officials established ossuaries in part of the underground tunnels. Bones were moved underground, which served the dual purpose of making space in the cemeteries and reinforcing the tunnels, some of which had begun to cave-in. The ossuaries and the rest of the catacombs were open to the public for a while, until safety concerns caused officials to close almost all of it except the main section of the ossuaries.

Also, it’s not as creepy as it sounds. Okay, if you have cartilogenophobia (fear of bones, since I couldn’t find a word for fear of skeletons, though bones works too), you’re going to have a hard time. Apart from that, it’s not too dark, not too cold, you won’t be alone, and they actually did a very nice job organizing the bones. They’re not just dumped out in piles. They are meticulously arranged, and there are lots of signs (essentially headstones) that, if you can read French or Latin, say very beautiful things about life and death and what may or may not lie beyond.

All in all, I would definitely recommend a trip to the Paris catacombs! The legal part, that is. I’ve heard the illegal part is very small and cramped and damp and bad for people with claustrophobia, so enter at your own risk.  Bring a jacket and a friend, a sense of adventure, and a Latin/French/Italian dictionary if you just really want to read those headstones. 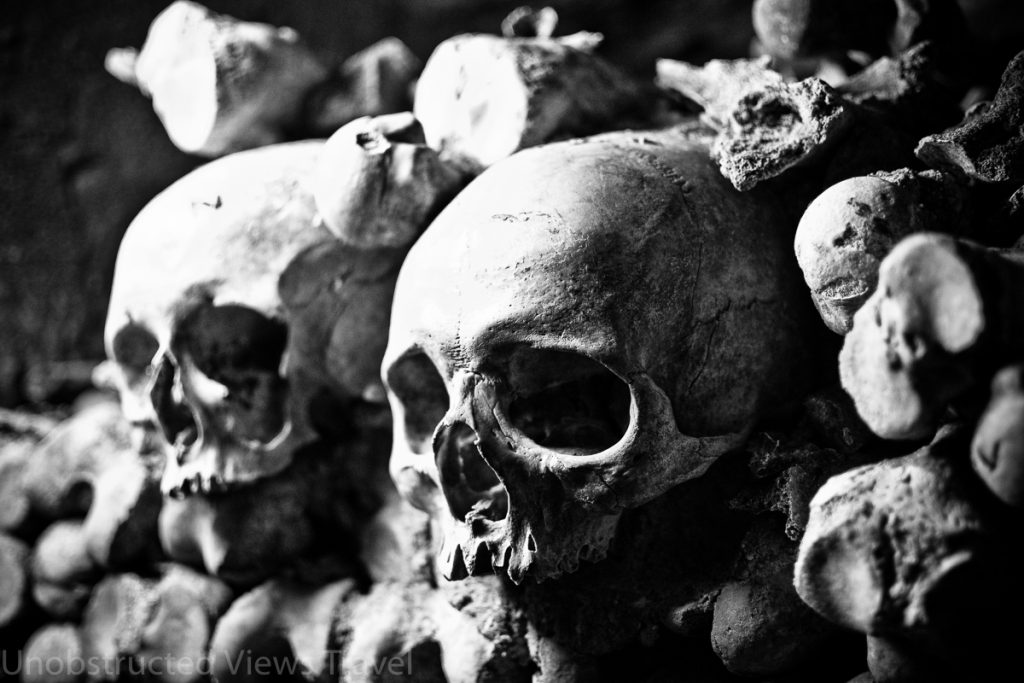